Why it is not a good idea to open birthday presents during children’s parties, according to a mother: A few days ago, I went to pick up my daughter at a kid’s party. As a courtesy, before taking her from my birthday. I asked if the birthday girl had already opened the presents, to which the mother replied. “We don’t think it’s a good idea to open them at the party. We take them to open them at home. ” “Perfect,” I replied, but I couldn’t stand it, and then I asked, “Why.” And he gave me the reasons that I tell you below. 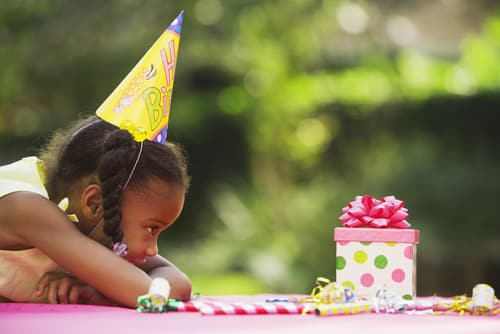 The truth is that I had never considered this variant before in all the children’s birthdays. That my daughters have attended. As a rule, the gifts are opened during the celebration before the guests leave. That is why I was surprised by this mother’s reasons why it is not a good idea to open the gifts during the birthday party.

I don’t know what the protocol of kid’s birthday parties dictates, but its explanation makes sense. And it is not just one, but a series of reasons that had led her to make this decision. 5 reasons:

1. Because Other Children Can Feel Jealous

Some children may feel bad to see that one of them opens a lot of gifts, and they don’t. The birthday boy opens the toys in front of the other children. And it is normal for others to want to take them and use them. Also, the little ones do not have too much notion of what is theirs or others, and that can lead to problems.

2. Because Other Children Get Bored

The moment of gift-giving is exciting for the birthday girl, but most of the time very annoying for the guests. If you receive many gifts, the parade can be extended more than desired, subtracting time for everyone to enjoy more fun together.

3. Because You Can Ration Them

If the child has received many gifts, the right idea is to save some to be delivered later. So you avoid losing interest immediately by toys, which otherwise would end up forgotten in the bottom of the trunk.

4. Because It is More Practical

Opening toys at the party site, if you don’t celebrate at home, is not convenient. Important pieces can be broken or lost, as well as tickets to make changes.

5. Because Gifts Are Not Important

Because the essential thing about the birthday party is having fun with friends, not handouts. There are even those who go beyond and defend children’s birthday parties without party or gifts.