Of course, you have to pay attention to the selection of birthday party games, that it suits the guests. Most of the time, you have older and younger guests and more severe and funny characters – the games should suit everyone and be difficult or embarrassing for anyone. 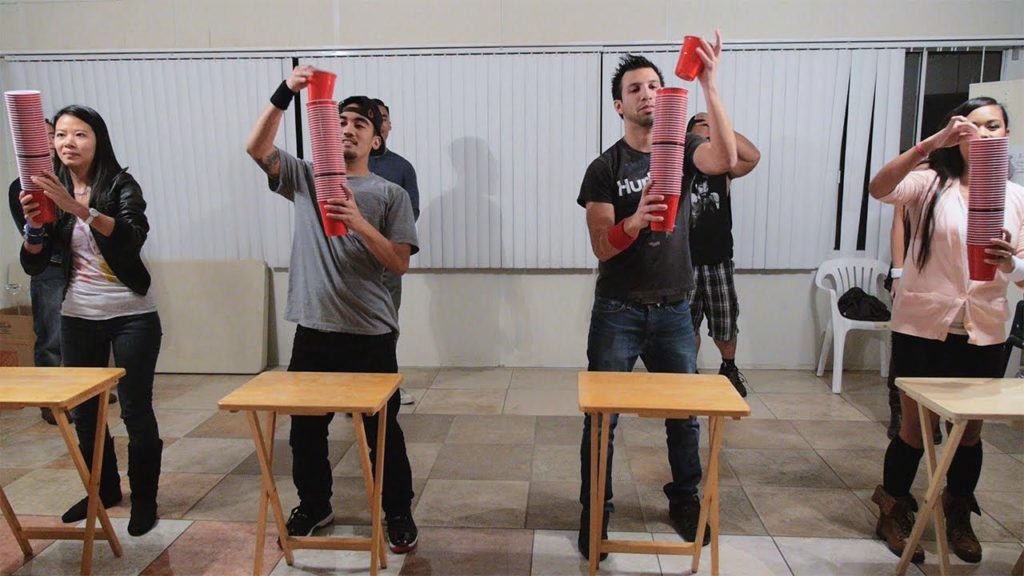 On a successful birthday party, of course, an upscale mood prevails. But how do you ensure a good feeling? Alcohol alone is often not enough, because especially too much alcohol can sometimes make for an uncomfortable mood. The ideal is, therefore, a good ratio of alcohol and other mood-makers.

The host can lay a good foundation for a good mood. The right combination of guests, along with a great location, good food, and drinks is ever a decent base.

Matching music and enough dance floor are also useful for keeping the guests happy. But even as a guest, one is in demand for the mood at the birthday party for the 40th Birthday. Because of the guests are not in a good mood, the best birthday ideas will not help.

But as a guest, you can also actively participate in the conversation. How to do that, I introduce here.

Ideal for the entry into the party for the 40th Birthday is a so-called “icebreaker” game. This ensures that the initially somewhat reserved mood disappears and the guests get to know each other better and mix a little bit.

Ideal for this is the mix & match game. Each guest receives a note with a name or an ingredient – it must always be part of a whole, so you can, for example, the names of all members of the Beatles or the Rolling Stones write on the slip.

Afterward, the guests have to try to find the right partner. You get into a conversation with others and get involved. And maybe you can even make sure that the guests then sit together in their newly found formations.

The “memory” game is not a game and requires a bit of organization, but then becomes a great party event. The organizer asks the guests in the run-up to the party to bring a souvenir of the anniversary in paper form. An old photo, a newspaper clipping, or a ticket.

These items are then collected and pasted into a book at a crafting table during the party, supplemented, and commented on with slogans and drawings. Thus, during the party, a real commemoration of the life of the birthday boy.

A real party blast is a game “recognize the song,” which requires musical knowledge among the guests. You get a selection of songs and store them on a hard drive.

Now 30 seconds of the song is played (with a shorter playing time it becomes much more difficult). The party guests are the candidates and get before a noise instrument, such as a rattle or a whistle. Too many guests are best-formed groups.

The first group, which operates the noise instrument, has recognized the song and, if the solution was correct, gets the point. It is also especially funny to let the birthday girl dance to the music.

When choosing the music, you can either use current hits or the hits from the Birthday, so the songs that were played on the radio 40 years ago.

An ideal game for a large number of guests is the game “Animal, Vegetable or Mineral?”.

A candidate must leave the room, and the other guests together think of a term that the candidate must guess. Now he comes back into the room and has to think the time, in which he, in turn, asks each guest a question, which he can only answer with “yes” or “no.”

Then he goes to the next one from the group and asks the next question, which in turn can only be answered with “yes” or “no.” So it goes in turn until the word is guessed.

The first question is usually the question of the “animal, vegetable, or mineral?”. Hence the name of this game. In the end, the player who least needed to queries to guess his term wins.

A true classic for any party is the Buzz game. For this, everyone gets in a circle or sit around a table. First, you agree on the “Buzz” number; this is usually the number 7.

Now the players continue to count in turn, and the players who must name a number that contains the number “7” or a multiple of the number 7 is, say the word “Buzz” at this point. So if 13 is counted, the next player must say “Buzz” (14 is a multiple of 7), then go on to 15, 16, and then finally a “buzz” again.

Who forgets to say “Buzz” or calls the word in the wrong place, is eliminated. So it goes on, until only two candidates are left, who played the small final. Especially exciting in this game is when the group is so concentrated that it reaches the number 70,

A real highlight for any party is the “Animal Families” game. This game is similar to the famous trip to Jerusalem, but even more sophisticated and exciting.

Pregnant women should not play because it is played with heavy body contact. First, you look out for animals, and each labeled a piece of paper with an animal family. E.g., a note with “Father Lion,” one with “Mother Lion” and one with “Baby Lion.” This is repeated for different animals. The letters are then mixed and distributed to the players.

In the middle of the room are the chairs, exactly one chair less than the number of animal families. Now the music plays, and the guests wander around the chairs. When the music stops, the players read their notes and imitate the sound of the corresponding animal.

The animal may not be named. C In this way, the animal families find themselves and then sit down on a free chair, first the father, then the mother, and finally the baby. A family cannot find a chair and unfortunately retires. This continues to play until the winning animal family remains. With this game, a lot of shouting and laughter is guaranteed.

Why is 40th birthday special?

Another well-tested game for a 40th birthday is the game “How well do you know ….”? In place of the points is the name of the birthday child. In advance, one thinks about 10-15 questions that have to do with the anniversary.

There may well be more difficult questions mixed with lighter items. Items could be, e.g., “What is Melanie afraid of?” Or “What is the name of the head of Melanie by his first name?” Or “Where did Melanie and her partner meet?”.

Melanie is the birthday girl on these issues. The idea now is to ask these questions early in the party and then discuss and discuss the solution during the evening. The right answers will then be officially announced later in the evening.

The 40th Birthday is a day that one can look relaxed as a birthday child. After the 30th Birthday was a particular milestone in life and principle the end of the youth, the golden twenties has inaugurated, is the 40th Birthday only an intermediate step to the big 50th

At 40 years, husband and wife are in the midst of life. Your children, if any, are either already or on the way to puberty, and that means a lot of stress for both father and mother. There is more and more everyday life. Work, children, and household share the waking hours among themselves.

An unforgettable 40th birthday party is a well-placed change in everyday life. So let’s take a look at how we can make such a great birthday party.